You are here Home » The Facts » The Children » Lucia Dos Santos 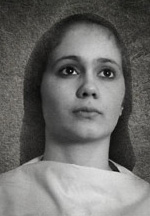 Lucia de Jesus dos Santos was born on March 22, 1907 in Aljustrel, a village in the parish of Fatima, Portugal. She was the youngest of a popular family of seven children, six girls and a boy. By the time she was 8 years of age, she, was occupied with the tending of the family’s sheep, as her brother and sisters had before her

She was at times a very secretive girl but a natural leader whose company was often sought by other children. On May 13, 1917, while tending the sheep in the Cova da Iria, a woman, who later identified herself as the Blessed Virgin Mary, appeared to Lucia and her two cousins, Francisco and Jacinta Marto. The Lady requested that the children return to the same place, at the same time on the thirteenth day of each month for the next six months, when she would appear to them in the same way. On the sixth encounter of October 13th 1917, she promised to perform a miracle for all to see.

Lucia was blessed with the ability to see, hear and speak with the Lady, and became the main conduit for her communication. After the prophesised death of Jacinta and Francisco, during the flu pandemic of 1919, Lucia alone remained to carry the mission assigned by the “Woman from Heaven” 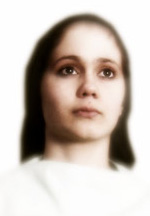 The Bishop of Leiria ordered that Lucia, as the only remaining one of the three Seers, be removed from Fatima, in order to spare her from the continual questioning that she came to endure. In 1921, in great secrecy and under strict orders never to divulge her true identity, Lucia left for Porto, where a school run by the sisters of St. Dorothy was situated. Later she became a sister in this congregation.

In 1946, seeking a more contemplative life, Lucia entered the Carmelite convent of St. Teresa in Coimbra, where she made her profession as a Discalced Carmelite on May 31, 1949. She took the name Sister Maria Lucia of Jesus and the Immaculate Heart

Over the years, Sr. Lucia would write two books, ‘Memoirs’, recounting the events of Fatima in her own words, and ‘Calls from the Message of Fatima’, giving answers to the many questions about living the message of Fatima, which she has been asked over the year.

On February 20, 2006 her body was finally laid to rest in the Basilica in Fatima, where her now beatified cousins Francisco and Jacinta are entombed.