You are here Home » Fatima Film » Music and Sound

An Interview with Andy Guthrie; if you would like more information then contact us direct or Buy the DVD online today:

What approach did you take to the original music? 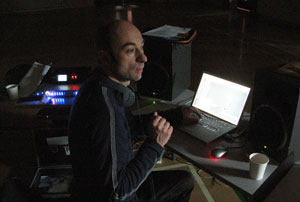 Ian & Dom are the kind of directors who have a strong sense of the music and its role in film. They are good music editors and had already tried out some ideas. After discussions it was clear we wanted to develop 3 clear identities. One for the children’s life before the apparitions. A second for the apparitions and a third – the main theme – for Lucia.

How did the apparition sound come about?

For the apparition sound we wanted a real sense of power but also of warmth, a feeling that time was standing still and that the children were being immersed in a different reality. It was important that the sound was unworldly but still organic and in keeping with the overall period of the film. I experimented with lots of different sounds and late one night I eventually stumbled on a particular piano chord which had the right resonance. It was then a matter of treating the piano chord to make it float and ‘stand still’. Amongst the team it became known as the ‘Apparition Hum’.

Where was the score recorded?

Due to the budget of the film most of the orchestral sounds are produced from the computer but I was able to augment this with several local musicians and singers including the Encoro choir from Oxford who sang the ‘Gloria’ for the final miracle. I was also fortunate enough to work with the soprano Neera whose powerful and haunting voice has brought a great deal to the score. In the end parts were recorded in all sorts of places from a garden shed in South London to a local school hall and in 2 churches as well as recording studios.

You were also heavily involved in the sound design, right? 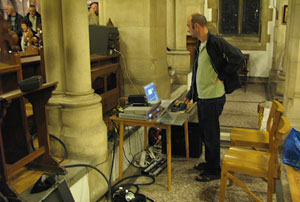 It was a really great opportunity to work on the original music and sound design and to bring these elements together where appropriate. For example; in one scene early in the film a biplane comes into view and the accompanying engine sound is actually played on the French Horn! Working in a small team with the Directors, my colleague John ‘Bungle’ Blackford and Re-recording mixer Neil Hillman helped keep things fluid and allowed for this kind of flexibility.

I am interested in the entire soundscape of a film and was aware that for the final mix we wanted to make something that had its feet in the European style; which tends to be more naturalistic, yet also had the sense of ambition and ‘film sound’ associated with Hollywood.