You are here Home » The Facts » The Children » Jacinta Marto 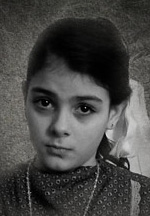 Two years younger than her brother Francisco, Jacinta Marto, born on 11th March 1910, charmed all who knew her. She was pretty and energetic, and loved to dance. Sometimes willful, she would pout when she did not get her way. She took a special delight in flowers, gathering them to make garlands for her cousin, Lucia. She had a marked love for Our Lord, and at the age of five she melted in tears on hearing an account of his Passion, vowing that she would never sin or offend him anymore.

She had many friends, but above all she loved her cousin, Lucia, and was jealous of her time and attention. When Lucia became unavailable for play, having been sent by her parents to pasture their sheep, Jacinta moped in loneliness – until her mother gave in and allowed her, along with Francisco, to take a few sheep to pasture with Lucia.

Her days were playful and happy, delighting with her brother and cousin in the things of nature around her. They called the moon “Our Lady’s lamp”, and the stars “the Angels’ lanterns”, which they tried to count as it grew dark.

All three children were changed by their experiences of the visitations, and Jacinta, once talkative sometimes to a fault, became quiet and withdrawn. After the first apparition, Lucia had sworn her and her brother to secrecy. But Jacinta, bubbling over with enthusiasm, let slip all they had seen to her family, who then told the village.

The news was received with scepticism by many, with mockery by some, and with anger by Lucia’s mother. Jacinta was so contrite, she promised never to reveal another secret. 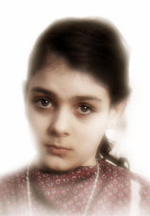 Her reluctance to reveal anything more of their experiences was increased by the vision of hell given the children in the third apparition, which seemed to affect Jacinta the most. To rescue sinners from hell, she was at the forefront of the three in voluntary mortifications, whether it was in giving up their lunches (sometimes to their sheep), refusing to drink in the heat of the day, wearing a knotted rope around their waists, badgering by sceptical clergy, and wheedling by believers to reveal the Lady’s secret.

Following the miracle of the sun, Jacinta complied with many requests for her intercession. On one occasion she seems to have bi-located, in order to help a wayward youth find his way home. Lost in a stormy wood, he had knelt and prayed, and Jacinta appeared and took him by the hand, while she was at home praying for him.

Like her brother Francisco, Jacinta succumbed to the influenza epidemic of 1918. Following a prolonged period of illness and suffering, Jacinta died alone, in a hospital in Lisbon on February 20, 1920, aged 10.