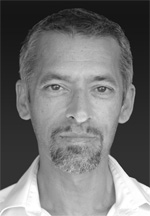 Michael trained at the Guildford School of Acting winning student of the year in 1986. He has just finished creating the role of Kaidu the murderous Uncle in the World Premier of Shan Khan new play Heer Ranjah (Retold) for Ankur Productions at the Tramway in Glasgow. Other recent work has been for the National Theatre in their tour of Rafta Rafta, which won best new comedy at this year’s Olivier Awards. His acting work for film & television include roles in Secret Weapon, Tina Moddotti, Stop Bleeding, HMS Discovery, Casualty, Eastenders, The Bill, Doctors and Saracen. 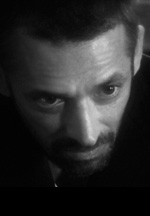 Theatre work includes Malvolio in Twelfth Night, Tony in I Know What You Want, at the Edinburgh Festival which won five stars and was critics’ choice in The Scotsman, for Incisor Theatre Company. Seven different roles in The Tinderbox, Caiaphas in the British tour of Jesus Christ Superstar, Chino in West Side Story at the Everyman, Cheltenham, the British tour of Godspell, Julio in The Quartered Man at the Shaw Theatre London, David in Poor Super Man and Unidentified Human Remains, both for The CAT Factory and Circa Theatre New Zealand, Baron Blackfly in Jack and the Beanstalk in Southport and last Christmas played King Rat in London in Greenwich Theatre’s musical production of Dick Whittington. Michael has also recorded numerous voice overs winning a Gold Advertising Award in New Zealand for the AC Delco campaign.

Michael’s directing credits include She Stoops to Conquer for Incisor, Into the Woods for The London School of Musical Theatre, the CAT Factory’s The Ugly Man at the Komedia and Battersea Arts Centre, Ashes and Sand at the Komedia Brighton, Elegies for Angels Punks and Raging Queens at the Bridewell London and Friends like Us at The Arts Theatre and Wimbledon Studio Theatre in London, which he also co-wrote. He was founder member and Artistic Director of The Co-Active Theatre Factory (CAT Factory) and is now the Artistic Director for Persona Acting, an acting course he runs with his Sister in his home town of Brighton.